The coming crisis that affects us all!

In her directorial debut – veteran writer/producer Cynthia Harrison, along with  writer/producer Brooks Wachtel, peer into the future, and present an ominous portrait of a world unprepared for the coming Baby Boom explosion in SILVER TSUNAMI, a documentary short that features world renowned scientists, medical professionals, and  experts focusing on an issue that already affects every country on Earth.

Since January, 2011, Boomers have been turning 65 every 8 seconds, 10,000 per day, 4,000,000 per year. In 2030 – there will be over 70,000,000 seniors in the U.S. alone. Well researched and filled with astonishing statistics on our aging world population, SILVER TSUNAMI presents strong, undeniable evidence that the world is on the verge of a devastating epidemic – an epidemic that will impact every facet of society, and test the strength of local and national government infrastructures with a multitude of diseases and costly care.

Our fate rests in the hands of these scientists and researchers, as they race to find cures, while funding is cut, and an aging population explodes! 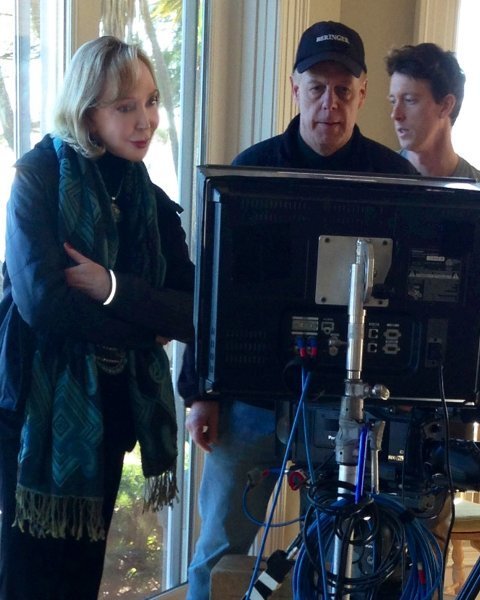 It doesn’t appear as a dire headline in the National Inquirer, but the facts are clear – the human race is aging – drastically and dramatically. Thanks to better hygiene and medical science, the world populace is living to unprecedented ages… but with a huge consequence.  People are still falling ill and dying of illnesses like Alzheimer’s disease, heart disease, Parkinson’s disease and cancer… in numbers that were unimaginable to previous generations.

In fact, for hundreds of years, the life expectancy of an average human being was 25 years. In those days, senior citizens were rare, let alone senior care and senior homes.

Fueling the Silver Tsunami is the massive Baby Boomer generation – the largest generation ever born – over 70 million strong in the U.S. alone. That generation – born between 1946 and 1964 – is now aging at an unprecedented rate.  But there are already telltale signs of an upcoming catastrophe – people outliving their savings; skyrocketing medical costs; overcrowded senior facilities; and debilitating diseases like Alzheimer’s, cancer and Parkinson’s, that are crippling seniors and their overtaxed caregivers. And the problems aren’t confined to U.S. borders.

In many ways, the international community is in more dire straits. In Africa, people between the ages of 30 and 55 have been decimated by the AIDS epidemic, leaving a culture of elderly people over the age of 70, looking after children under the age of 10. In Asia, seniors are respected, but senior care facilities are in short supply. Japan’s birthrate has been declining for years, and seniors will soon dominate that society.

We’re just not prepared to deal with what happens over the age of fifty, which is an accumulation of people with chronic disease.

Scientists who specialize in aging have been working relentlessly. For the first time in history, we have tools to begin to understand aging at a deeper level, and to imagine interventions. One day soon, we can possibly look at the diseases that come with aging in the way we look at the old, dreaded diseases of childhood – as something that we’ve eradicated with a vaccine or intervention on the process of aging itself.

But can we wait that long?  The costs of senior care are mind-numbing. Medications…housing…caregivers… Japan is aging so fast, that more diapers are being sold to adults than babies. In the U.S., the expense of treating just one disease – Alzheimer’s – is over $200 billion per year – that will rise to $1 Trillion per year by 2050. That one disease alone could eventually bankrupt the Medicare system.

Experts predict that the Silver Tsunami will begin in Asia – where Japan and China already have enormous, aging populations – and spread to Europe and the U.S.

Can the problem be solved in time?  The first step is to sound the alarm, and  documentaries like SILVER TSUNAMI  can lead the way – presenting the facts for all generations to grasp. It is a preventable catastrophe. But if we don’t develop research to address this catastrophe, then the tsunami can sweep over the world and crush everything in its path. 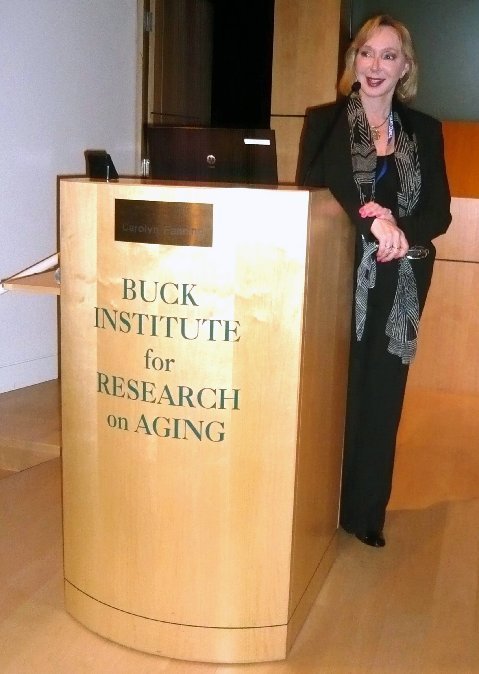 I have written and produced many documentary TV shows over the years. When financing came along for me to direct a documentary short film – I wanted to find a subject that I could feel passionate about, and that was also very timely.

I had moved up to Marin County a few years ago from LA, and I kept driving past this fascinating and mysterious looking building, high on the hill, just off the freeway. I found out that it was The Buck Institute for Research on Aging. That sounded great – I wondered if I could volunteer for the newest anti-aging beauty treatment, or maybe even get a few samples!

Then I took a tour… and I was absolutely amazed by what I found.

The facts that I discovered while interviewing these world renowned scientists, and co-writing this documentary with Brooks Wachtel, are scary… and a real wake up call.  Baby Boomers are turning 65 at a rate of 10,000 per day, 4,000,000 per year. By 2030, there will be over 70,000,000 seniors in the US alone. Those are huge and frightening numbers.

As a baby boomer, I know that I, and many of my friends, are getting older, living longer… but also realizing that the coming years could hold pain and disability.  Sure, we work out, try to eat healthy – but close friends are starting to be hit with debilitating diseases, and some are dying way too soon.

Listening to friends and family members talk about their struggles in dealing with aging parents, I thought of my own mom and dad, who both died within a few years of each other, after long, terminal illnesses. It was a devastating time for all of us.

I look at my teenaged daughter, and worry that one day, she may have to take care of me.

I felt a need to do this documentary to sound a warning.  People don’t realize the enormous impact of the Silver Tsunami… financially, emotionally, medically… and they must. This is multi-generational – the stress on caregivers is enormous. The cost of treating even one of the major diseases of aging is astronomical, and will grow even more so with the vast numbers of aging boomers.

Our fate does lie in the hands of these brilliant scientists and researchers, like those at the Buck Institute. I hope this film reaches as many people as possible, and makes viewers take a closer look at what they can do to support the innovative research for treatments and cures… the clock is ticking…