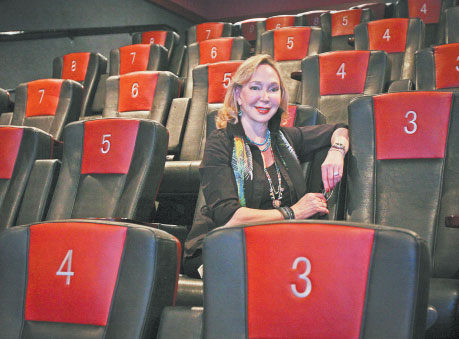 When driving along Highway 101 through Novato, the Strawberry resident’s interest was piqued by the impressive modernist architecture of the Buck Institute for Research on Aging.

“I wondered what happened inside,” Harrison says. “I thought maybe the scientists were designing beauty treatments to keep people looking young.”

Curious, she contacted the institute and arranged a tour. She was astounded by what the scientists told her.

Her 23-minute short, “Silver Tsunami,” is one of three movies by local filmmakers at this year’s Tiburon International Film Festival April 10-17 and explores the imminent global aging crisis.

But while people are living longer, they are contracting debilitating chronic diseases like Parkinson’s and early-onset Alzheimer’s younger, which is burdening the health-care system and the economy.

Scientists at the Buck Institute are researching ways to prevent or stall these currently untreatable chronic conditions to extend the healthy years of life. Unfortunately, recent government cuts in research funding have left many scientists wondering how long they’ll be able to continue with their work.

“We need to be aware that this is a crisis that will be impacting us slowly and, in the next 15 years, we will really feel the brunt of it,” Harrison says.

This crisis isn’t restricted to the U.S. According to the Pew Research Center, more than 34 percent of the populations of Japan, South Korea and Spain will be over 65 by 2050.

“The financial cost of chronic diseases is the No. 1 reason people lose their homes,” Harrison says.

The costs are staggering. Many medications aren’t covered by insurance, and nursing homes can cost up to $10,000 a month. Caregivers are typically family members who give up their lives and money to care for ill relatives.

Through interviews with scientists, research provided by the Buck Institute and findings from specialists around the world, Harrison’s film captures the enormity of this crisis.

“We need to shake people out of their complacency,” Harrison says. “And if my film can contribute a bit to that, it would be wonderful.” 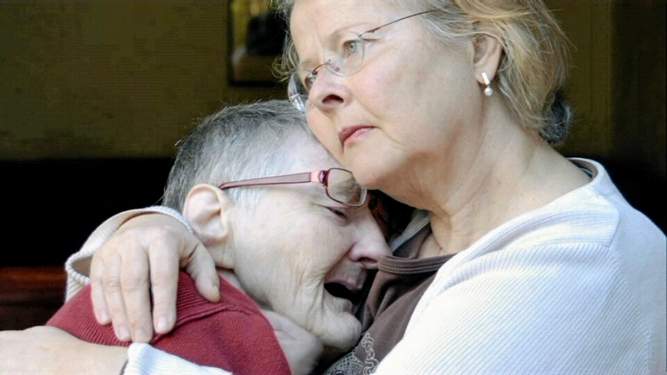 A Mill Valley-based TV producer and writer has created a documentary highlighting the rapid aging of the world’s population and the likelihood that societies will be devastated by the task of caring for this burgeoning population unless scientists can find effective treatments for age-related diseases.

Cynthia Harrison, a former actor who has written and produced television documentaries for the History Channel, said she was looking for a new project she could feel passionate about when a stunning complex of buildings in the foothills of Mount Burdell in Novato caught her eye.

“I heard it was the Buck Institute for Research on Aging so I thought maybe it’s beauty treatments, maybe I can get a sample,” Harrison said.

Harrison contacted the institute and was introduced to some of the scientists there.

“I started realizing the crisis that we’re facing of the baby boomers and the silver tsunami,” she said, “and I thought, ‘Oh my God, this is the documentary.”

The 23-minute film, titled “Silver Tsunami,” draws a comparison between the huge number of people about to enter old age worldwide and a giant tidal wave about to crash on shore. It uses stock footage of monster waves and raging seas to heighten the drama between interviews with Buck Institute scientists.

Perhaps most frightening, however, are the statistics cited in the documentary. The baby boomers, the largest generation ever born, is now entering old age ­– one member of the baby boom generation turns 65 every eight seconds — 10,000 per day, or 4 million per year. By 2030, there will be 70 million seniors in the United State alone. Soon for the first time in history there will be more people over the age of 65 than under the age of 5.

Since a whole host of diseases, such as cancer, Parkinson’s and Alzheimer’s are associated with aging, the cost of caring for these seniors will be enormous.

Harrison uses two Marin County families to illustrate the toll that caring for aging loved ones can take. Brenda Derin of San Rafael talks about quitting her job to help care for her 85-year-old mother, who was first diagnosed with Alzheimer’s 20 years ago. Derin recalls the pain she felt when she realized that her mother no longer remembered the date of her daughter’s birth.

“I think it is very helpful to have as many people as possible hear this conversation,” Derin said. “ It hasn’t been shouted out as much as it needs to. It’s creeping up on us ­— this wave of age.”

Also featured in the film is Larry Sholin of San Rafael, who struggled to help care for his aging parents while dealing with his own Parkinson’s diagnosis in 2000 at the age of 44. Sholin’s mother died in 2006 from Alzheimer’s complications while his father lived another four years despite multiple medical problems. Caring for his father was a challenge since Sholin can’t take his Parkinson’s medication at night.

“Sometimes I would have to literally crawl to the bathroom to get him water or change his urinal,” Sholin said.

Harrison, however, does offer a ray of hope. Buck Institute scientists talk about new research indicating that age-related illnesses may have a common cause. Given adequate funding the scientists say these debilitating diseases may be ameliorated — allowing seniors to continue living independently.

Gordon Lithgow, director of the Buck Institute’s Interdisciplinary Research on Geroscience and one of the scientists interviewed in the documentary, said the dilemma posed by the silver tsunami has been common knowledge for years. Lithgow said what is new is a growing consensus among scientists that humans can do something about it.

“Basically aging is the largest risk factor for human chronic disease,” Lithgow said. “The feeling is that if we understood aging properly we could rationally develop preventions and maybe therapies for some of these terrible diseases. What we’re actually talking about is the prevention of Alzheimer’s, Parkinson’s, osteoarthritis, cardiovascular disease, the works.”

Lithgow said while that may sound farfetched, something very similar happened when scientists discovered a hundred years ago that antibiotics and vaccines were effective treatments for a host of infectious diseases. Lithgow said if a tiny fraction of the results the Buck Institute has produced in animal models could be replicated in humans, “It would have a massive social and economic impact.”

Unfortunately, government funding for research is decreasing not increasing.

“This current funding period is one of the worse funding periods in the history of the National Institutes of Health. It’s a dramatically difficult time to obtain research funding,” Buck Institute scientist Simon Melov says in the documentary.

We are thrilled to announce that Silver Tsunami is an official selection at the Sonoma International Film Festival, Which runs March 25 to March 29 2015. Screening date TBD.

Come celebrate with us in the heart of California’s delightful wine country!

“Silver Tsunami” covers everything you need to know about the upcoming epidemic of aging. Using researchers, scientists, and statistics, this film provides accurate and mind boggling information that everyone needs to know. The costs will be astronomical, but not only will the upcoming problem hurt us financially, it will also devastate us emotionally. We have the tools to help combat this, yet we are sitting back, just waiting for that ‘wave’ to wash us away. “Silver Tsunami” is a wake up call for the world. This is the documentary film to see. Aging and its related diseases, financial and emotional costs, and the science behind it all is creatively told in this film. We can’t afford to ignore this issue and Cynthia Harrison and her film enlighten us about this issue. We can do something about this problem. Education and awareness are the first steps.

‘Silver Tsunami’ should be haunting you this Halloween season by Examiner.com

Forget ghosts, goblins, and witches this Halloween season because Cynthia Harrison’s “Silver Tsunami” will definitely haunt you, but in a positive way. Harrison’s short documentary focuses on the aging population and how that will affect global economies. It’s something that can’t be ignored.

“It’s a wake-up call,” Harrison explained when reached by phone for an interview. “I had never thought of the problem that much. I had some funding, and this was my directorial debut for a documentary.”

“Silver Tsunami” offers eye-opening statistics: since January 2011, for instance, somebody is turning 65 every 8 seconds. A rapidly-aging population means a drain on Medicare and the number of available caregivers. Young people need to prepare for the needs of parents, grandparents, and ultimately themselves.

The documentary premiered at the “Dances With Films” festival in Hollywood and won an audience award at the Awareness Film Festival. Harrison said it took a visit to the Buck Institute for Research on Aging to put those numbers into perspective.

“I kept passing this cool-looking building [to and from work]. I thought ‘I’m going to check it out,’” she explained on first noticing the Buck Institute. “I thought at first it was aging like beauty treatments or something like that. When I started talking to the scientists, I had no idea of the crisis. And they are saying it’s a ticking clock. They are frantically trying to come up with all these interventions.”

The director points out that people can eat better, exercise, and take care of themselves. Preventative measures can prevent or hold off cancer, but diseases like Alzheimer’s and Parkinson’s may strike no matter how healthy someone is.

“You look forward to a wonderfully long life, but you don’t know when you will get struck down with one of those diseases. And you are going to need help financially, emotionally. Who’s going to take care of you? How much is it going to cost? All those things,” Harrison said.

Shaking people out of their complacency

Harrison also points out that scientists are working on aging itself as a health condition: “They are saying if we treat aging, we can treat all the other conditions that come with it.”

Science costs money, though. Labs are shutting down as budgets are slashed and funding gets cut.

“We need to shake people out of their complacency. We need to take better care of ourselves; we need to start saving more,” she said “This should be a priority, and it’s starting to be. I am getting so much reaction from people who are saying ‘You don’t understand—it’s already started. There are many towns that have older people where the economy is really having a lot of problems.’”

Baby Boomers have always been an influential part of the population. Harrison hopes that they realize this crisis affects them, their children, and people who are dear to them.

“It’s the last 10 to 15 years of life that these people come down with chronic diseases. If people are living to 95, let those last 15 to 20 years be healthy ones to where it’s not depleting our economy,” she explained.

For more information or to purchase a copy of the documentary, please visit www.silvertsunamimovie.com 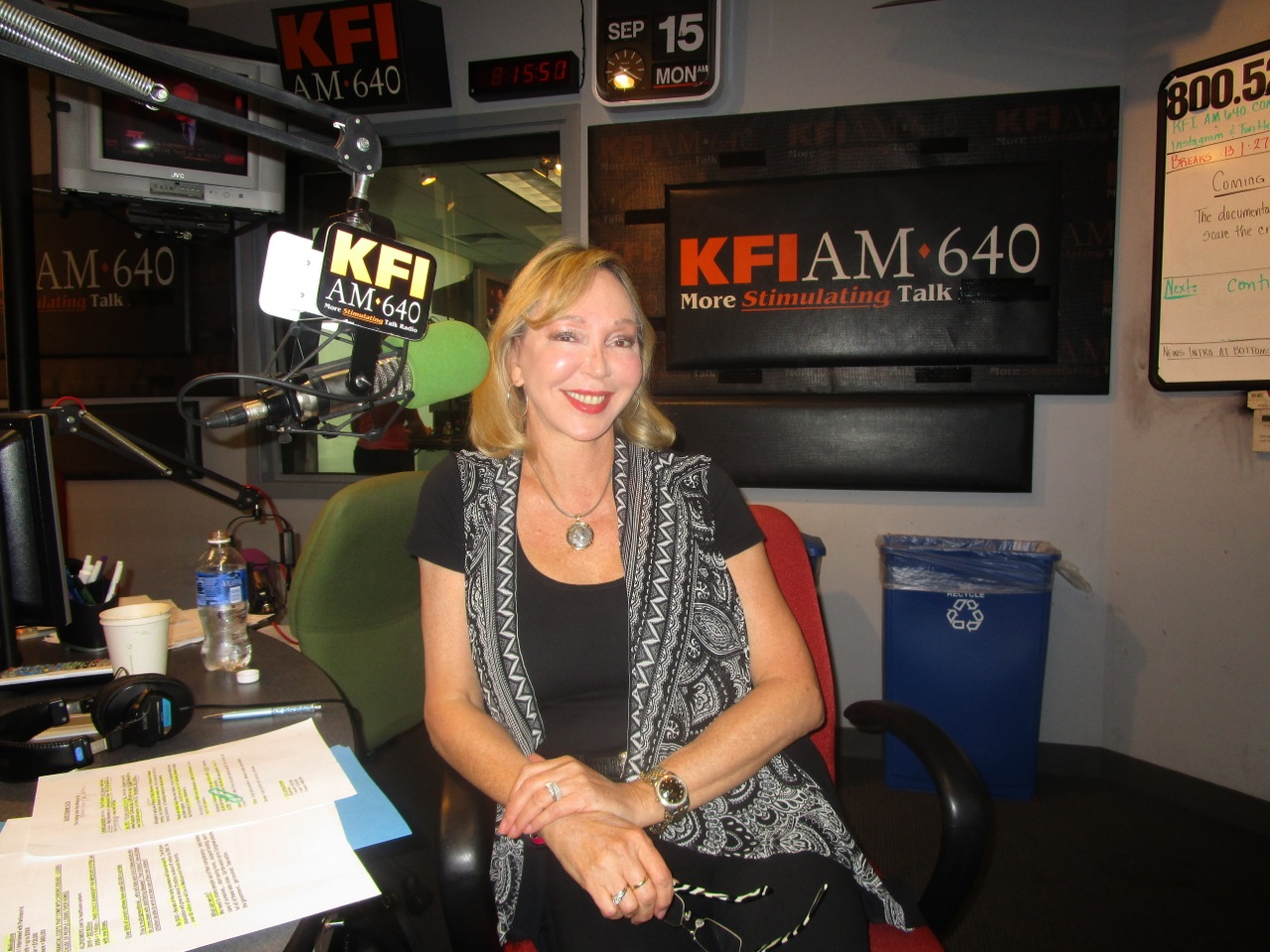 Exciting News! Director Cynthia Harrison is a guest on the top rated Bill Handel Talk Radio Show on September 15, 2014 at 8:00 am. TUNE IN to KFI AM 640 in LA or iHeartRadio!!

Here is a review from CD Publications

Watch this: Interview with Cynthia Harrison uploaded from Movie Reviews and More with Brian Sebastion 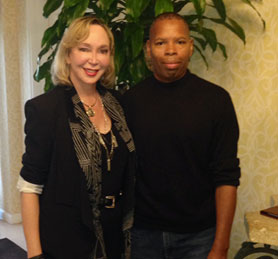 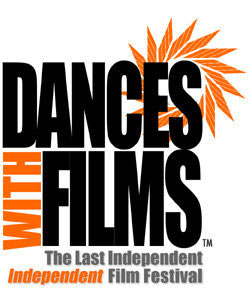 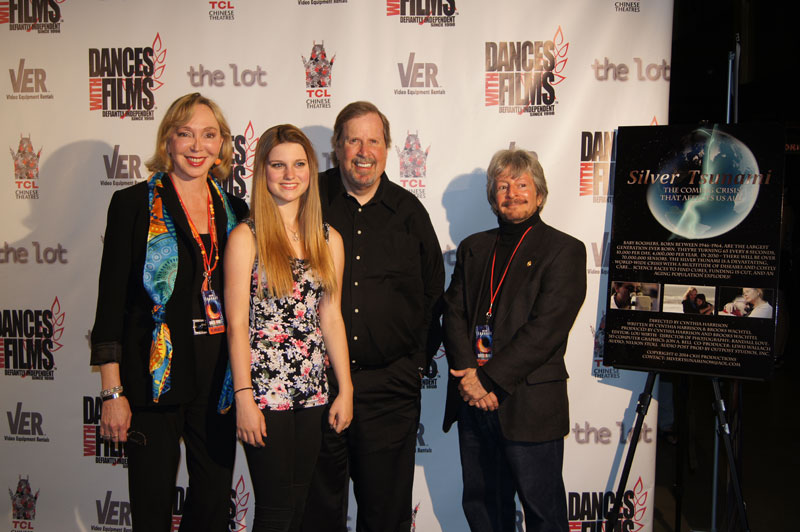 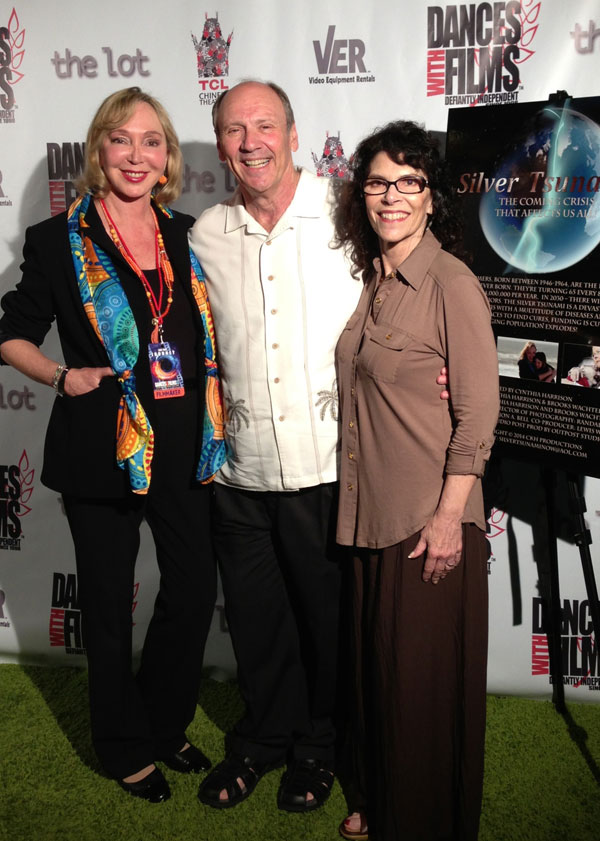 Homepage » In The News